Over the years I have always tried to look at the broader trends going on in the world and try to translate them into the church world.  Recently I was invited to sit in on a roundtable discussion with a group of CEOs from a number of large companies who you would recognize.  It was a discussion about the future of business. In broad strokes they traced the evolution of business over the past century and began to paint a picture of what the next iteration is already shaping up to be.

They said for a long time, business was one-on-one. You had a little mom and pop pottery shop, or you sold goods from your farm. It was a transactional business that happened from one person to another, usually inside the confines of a small geographic area.

Then business began to change into what was known as “pipeline companies.” Pipelines are businesses that both produce the product and shove it down the pipeline for people to consume.  The larger your pipeline or the more pipelines you could create, the larger and more profitable your business could grow.

Then about 35 years ago the more significant disruptors in business became “portfolio companies.”  Walmart was one of the first portfolio companies. They sold everything from grapes to gerbils; whatever you want under one roof.  And now Amazon has taken that same idea of “everything in one place” online.

If you think about it, the birth of the megachurch coincided with the rise of portfolio companies.  I remember 25 years ago at LifeBridge we were focused on what to do in order to get people to show up? How do we create open doors? How do we create other ministries? We started providing everything. You can go to churches all over the country now that have something for everybody.  None of which is a bad thing. 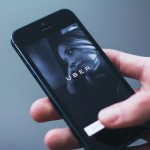 I was sitting in this meeting listening to this thinking, “What if the church could be more like a platform?” What if the church could be the vehicle that allowed something to happen that already wants to happen?  Think about it, people want their lives to count, they want to make a difference, they want to see real issues get resolved in their neighborhoods and communities.  People want to be part of that but they don’t have a mechanism and they’re not sure how.  What if the church became the mechanism that allowed people to make that kind of difference?

Here’s an even bigger deal…what if we turned the consumers into contributors? What if people used their time, their gifts, their resources, to be make a difference? Actually you can’t have the one without the other.  You can’t be the vehicle through which something happens that already wants to happen unless you create the space for consumers to become contributors.

Let me illustrate with just one example from our church; the foster care ministry we launched called, America’s Kids Belong.  It started when somebody was reading through a devotional book with their kids and they got to the section about praying for widows and orphans. They knew some widows, but they didn’t know any orphans except for in places like Haiti or Uganda.  That conversation led to a conversation about foster care which led to the family becoming a respite care family. Then one day they came to me and said, “I think we could help with this issue.”

Eventually we went to Boulder County Child Protective Services (CPS) and said, “Is there any way we could help?” The director of CPS at the time was one of those “ABC people” (anything but church). She said, “I don’t see where the church could be of any help.” But they did need a host location for one of their training events so we did that. Then we began recruiting families and in a three-year period we became the primary provider of homes for them. In fact, she stood up among her peers and said, “We just had something happen in Boulder County we’ve never had happen before. We have more homes available than we have kids who need a home. I don’t know to explain this, but it’s because this church has been helping us.” 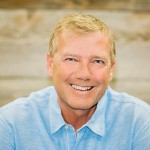 All of this came about because someone in the church had an idea.  One of the best leadership gifts any of us pastors can exercise is the resolve to find people who are brighter and smarter than we are and bring them on our team to help us with stuff that we don’t see or can’t do. That’s what we have done at LifeBridge. A lot of the things that have happened aren’t because I, as the pastor, thought of them but because others were able to bring their ideas to the table.

This is from Rick’s 2018 SATtalk.  Watch the whole video below.