Pastors, Between a Rock and a Hard Place | by Tom Bassford

Home/Uncategorized/Pastors, Between a Rock and a Hard Place | by Tom Bassford
Previous Next

Pastors, Between a Rock and a Hard Place | by Tom Bassford

Dear Pastors, in many ways we are genuinely between a rock and a hard place.  According to poll after poll the church in America is losing ground in attendance, influence, credibility and virtually every other category that really matters to us.  We can’t ignore that reality or gloss it over with theological sentiments like, “the church is the hope of the world.”

When I stepped out of the Senior Pastorate in 2004 and started Significant Matters I started a journey that has led me deeper into conversations around human dignity, poverty and the fallacy of secular/sacred work.  That journey has challenged a lot of the assumptions I once held but one thing it hasn’t changed is my belief that the church is meant to be the hope of the world.  Not by some abstract, theological assertion or some “sweet by and by” reward of heaven.

I believe we really were meant to be the hope of the world through the practical ways that we touch the everyday needs of everyday people in their everyday lives.  The here and now as well as the hereafter; it doesn’t have to be an either/or…it must become both/and if we have any hope of recapturing the influence and credibility we were meant to possess and absolutely need to be the hope of the world.

The next couple of BLOG posts are directed to Senior Pastors because without their understanding of the shifts going on in the world of church missions, especially in the context of poverty and marginalized people, the church will be left behind.  This is meant to be much more than a warning.  It is, in fact, an incredible opportunity for the church of America to regain credibility and influence through authentic and practical forms of missions’ work that actually help people and communities lift themselves out of poverty. 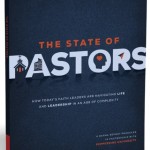 This challenge and opportunity I suggest can best be demonstrated in a couple of research projects by The Barna Group.  Most everyone agrees that two of the top challenges facing pastors today are the lack of influence and the need to rebuild credibility. This includes not just credibility gained by avoiding hypocrisy, but also the credibility and influence that comes from being a constructive force in the world. The Barna Group’s 2017 report entitled “The State of Pastors: Leading In Complexity” states that, “People seem to trust pastors when it comes to overtly ‘spiritual’ topics, but are less confident in their counsel on more every day, ‘close-to-the-ground’ issues.” (emphasis mine) It also states that slightly less than one fourth of the population holds a positive opinion of pastors, with an equal number who say pastors hold little or no influence in their community. (see pp. 124-125) 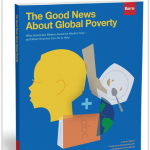 Now hold that thought and fast forward to July 2018 where a new report by Barna entitled, “The Good News About Global Poverty” states that 88% of the American public highly value the opinion of a pastor regarding global poverty.  Noting the apparent contradiction of these two reports Barna writes;

In some ways, the trust that the American public places in pastors’ opinions of poverty presents an increasingly rare public platform for ministers: previous Barna research underscores a sort of “cultural credibility crisis” for pastors, showing that just one in five U.S. adults sees Christian clergy as very influential in their community (19%) or as an esteemed voice on important issues of our day (21%). Yet pastors have incredible potential to lead the charge and position the U.S. Church as a powerful force in anti-poverty endeavors—whether they like it or not.

That has been my experience and is at the foundation of our Mission 3.0 work and Peer Learning Communities.  The church, in its work with the poor, has an incredible opportunity or, as Barna puts it “an increasingly rare public platform.”  But here’s where it gets tricky.  We cannot “lead the charge and position the U.S. Church as a powerful force in anti-poverty endeavors” using traditional forms of service.  That is exactly the point of books like “Toxic Charity” and “When Helping Hurts.”  Our mission work needs an “upgrade” that moves beyond the idea that we can somehow serve people out of poverty.

Mark Deymaz, Directional Leader of Mosaic Church gives a great example of what I’m talking about in an online webinar Barna did about The State of Pastors: Leading In Complexity report.  Pastor Deymaz describes a totally different approach to rebuilding credibility in the community.

He starts by acknowledging that churches must begin this process by refusing to compartmentalize the gospel into spiritual versus social goals. He argued for an understanding that sees things like social issues, economics and justice as intrinsic to the gospel. “People are looking… and need to see our works,” he said. Not just our “spiritual” work but our “social justice work, economic empowerment and development, crime reduction, job creation, these are the things that are going to speak to our culture.” Mosaic Church created 30 jobs by re-purposing its buildings. Instead of buying up property and taking it off the tax records, they took over abandoned properties and developed them for the community. The city loves them for this, and the community notices. This is the type of mission work society increasingly finds credible. He closes his thoughts with a challenge to fellow pastors, when he says pastors have lost credibility “because we simply want to talk and we don’t want to do this hard, difficult work. When we do, it creates credibility.”

In the face of a skeptical culture, a growing number of churches are wrestling with the reality that much of their helping has had the unintended consequence of hurting the very people they were trying to help. But it’s not enough to admit that we have been a part of the problem.   We need to develop new structures and strategies and wrestle with what it means to create the space for the business-minded people of our churches to engage with missions.  Churches like Moasic and Pastors like Mark Deymaz are beginning to push beyond helping that hurts and give us models and new ways of helping people that focus on sustainable solutions to the complex challenges of poverty.

Next Week – What Your Missions Pastor Needs Most From You

Tom is an ordained Elder in the Free Methodist Church.  In his 32 years of pastoral ministry he served in the role of  both Youth Pastor and Senior Pastor in five differnet churches.  In 2004 he started Significant Matters.